Shaker Furniture : Why was it so good, so beautiful? 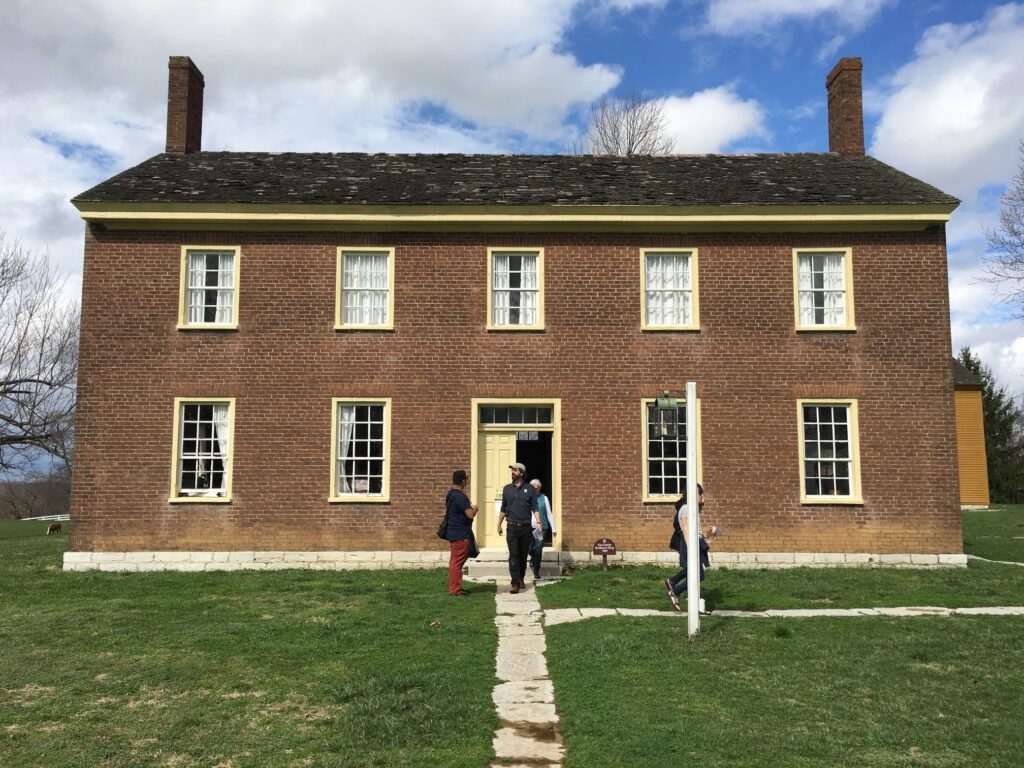 A little while ago I had the wonderful experience of visiting a former Shaker settlement, Pleasant Hill near Lexington in Kentucky. This is a county of rolling hills and horse stables, white picket fences and bourbon. Chris Schwarz was my kind host,  he took me with Narayan Nayar, the photographer, and Megan Fitzpatrick editor of Popular Woodworking Magazine to Pleasant Hill. So a more skilled and critical group of woodies it would be a trouble to find.

We turned into the village, for that is what is seemed.  A group of mostly wooden buildings separated by lawns on either side of a small road. The traffic has now long gone but the small roadway that ran through the settlement had been the main road for all traffic.

The buildings were what? The only poor adjective I can summon is “nice” They were stunningly well proportioned in contrast to most North American architecture.  Constructed with care and without undue ornament. Buildings pared back to the bones. But still made good.  Without the fuss and social bragging that goes with fake greek porticoes, and decorative Whim Wams. All that is needless, all those are expressions of personal wealth and position. These were not personal homes, these were expressions of a community a community with values.

There are places and times that give rise to great creative expression. Florence in the fourteenth century. Why there why then? What enabled the enormous outburst of creativity in one small Italian town Donatello, Michelangelo, Bottichello, Leonardo, Brunaleschi, Alberti. Why there, why then. Until you see the social and political surroundings of those hothouse plants you do not understand the climate that gave them the growing conditions. 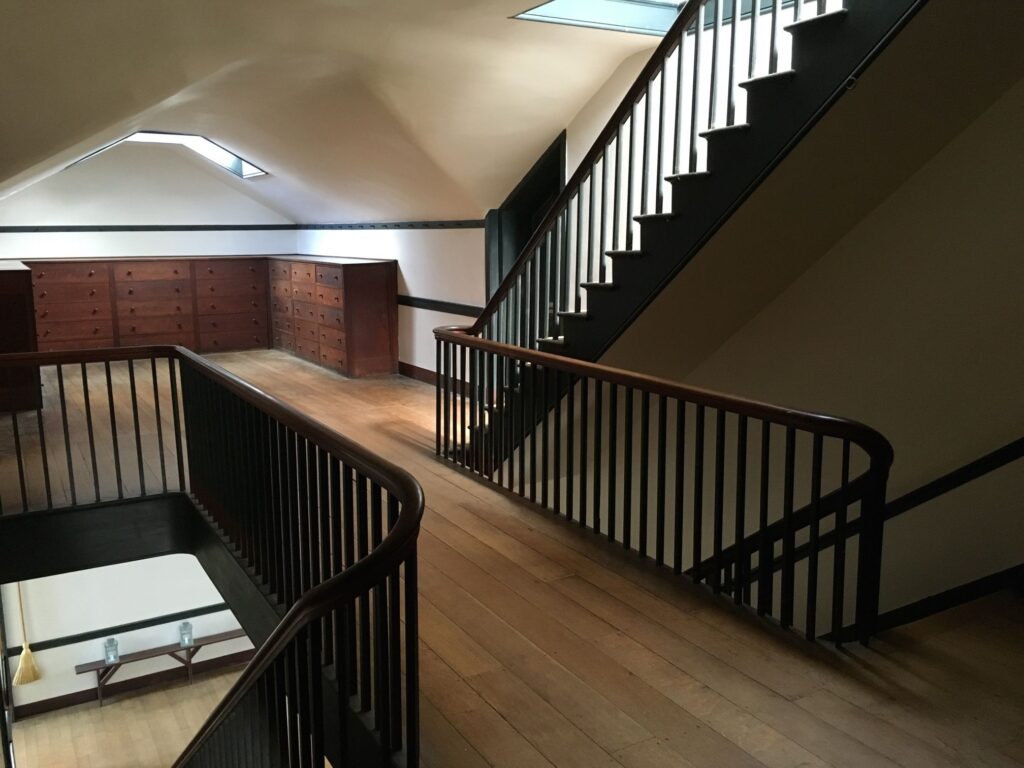 In this case the enormous wealth of the brand new european banks.  The Medici were prime in this position, able bankers and politicians who influenced without political position, who patronised and lead by personal example. The intellectual ferment, the rise, the rebirth of classical ideals in the form of Neo Classicism. The patronage of both art and philosophy by the Medici was critical. They housed and entertained at their tables young painters sculptors mathematicians and philosophers. The elements for a rebirth of a new culture were assembled there.

And the last element, without which it would all have come to nothing, was skill. The guild system was strong in Florence. If you wanted to learn to be a goldsmith you may be sent to work for seven years with Cellini or Ghilberti the maker of The Baptistry doors described by Michelangelo as “The doors to heaven”  The guild system ensured skills were maintained at the highest level . Training was in Ateliers or Workshops with craftsmen journeymen and apprentices all working at different levels beneath a master craftsman like Ghilberti. 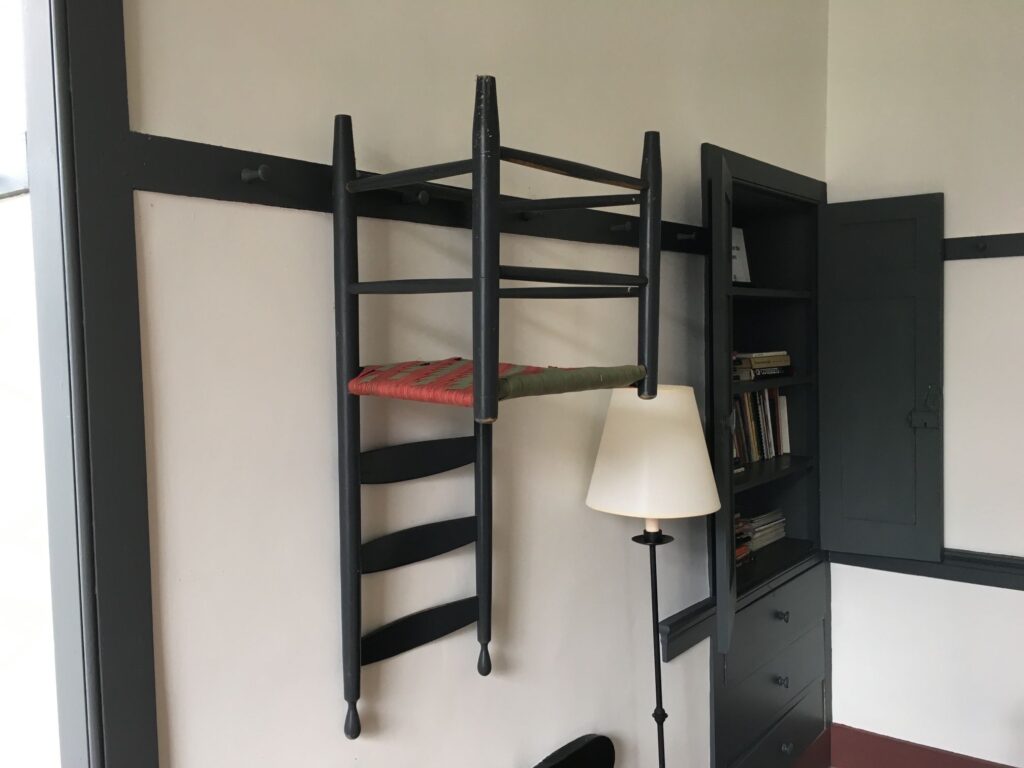 Like Florence in 1400 the Shaker communities in North America were specific locations for cultural change. Theirs was a contrarian ideology against a predominant wealthy world culture that celebrated excess, greed and personal pride. Founded in Britain in what is still a Quaker religious movement they came to North America to escape persecution and build their communities APART from the world.  They saw the world as destructive to morality and what they saw good wholesome and honest.

It is this culture that I believe has provided the futile soil for beauty to develop. So let us examine it a little. The Shakers held that all work was as valuable as any other. Great for a Shaker furniture maker, great for a seamstress her work, stitching or fashioning was as valuable to the community as bookkeeping or management. Perhaps even a little more valuable as it had a natural visible end product. Here perhaps for the first time makers were given equal value with white collar workers, sweat and toil were of equal value with thought and care. In order that nobody had an unfair difficult job work was rotated amongst the community. Skilled makers may well have been exempted from this especially if furniture or joinery was needed in the community.

” All work done, or things made in the church for their own use, ought to be faithfully and well done, but plain and without superfluity”

So doing it well, giving your best, was a cultural norm at Pleasant Hill. This best after all was for God, not for your own pride. This must have been an issue, for I find it hard to believe that a maker could not take personal pride and satisfaction is the making of such pieces, yet personal pride was not a Shaker value. Quite the opposite in fact. 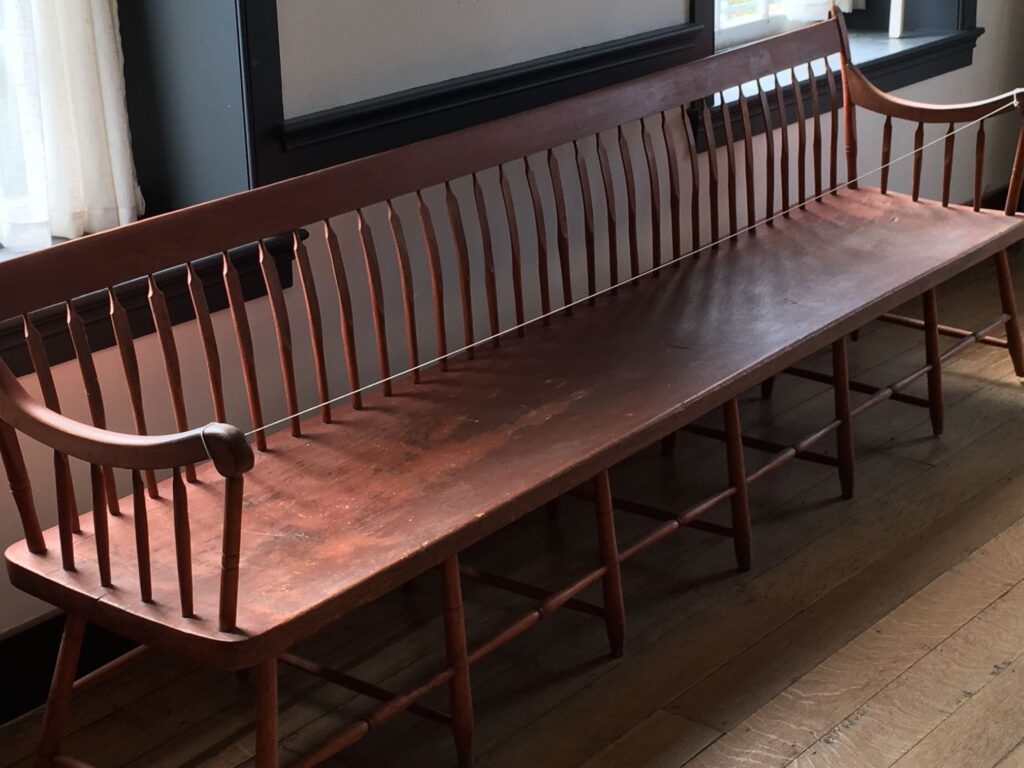 Simplicity in Shaker furniture was a requirement not only of design but of life. The forms imported from Britain were Neo Classical, developed with a strong Euclidian rational for proportion and interval. A maker may not have known about or understood phi but would have known its consequence. That 5 to 8 and 8 to 13 plotted out with dividers gave good looking forms. Simplification, the removal of the decorative embellishments of Robert Adam left the European classical relationships bare and clear to see. Simplicity is a wonderful taskmistress.