In 1995 David moved to Rowden Farm to found what is now Rowden Atelier. It was to be a centre of excellence not only in furniture making but also furniture design. David intended Rowden as somewhere that individuals could train to the highest possible standards and ‘buck the trend’. He sought somewhere suited to a high degree of focus and attention, finding the perfect space on this former farm near Shebbear, North Devon. This space also offered the freedom to explore the values and quality of craftsmanship associated with the Arts & Crafts movement. 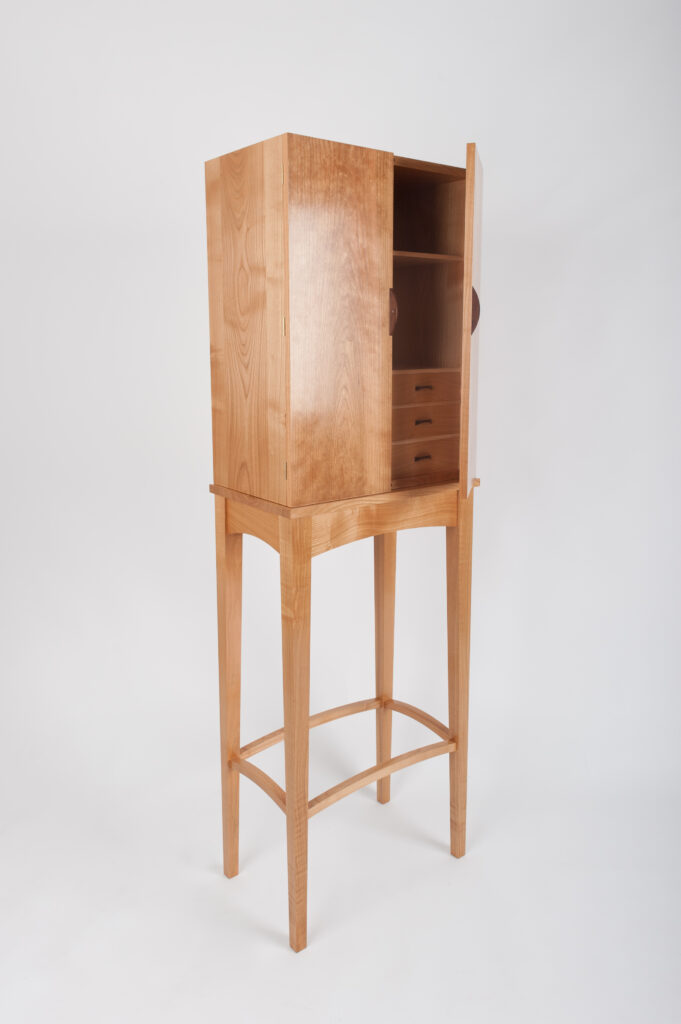 David wanted to convey these ideas but found himself a better designer than he was a teacher. Students would find themselves in at the deep end too quickly and frustrated at not being able to achieve the forms that made David’s work great. His mastery was of design, not of how these forms came into being.

The tuition needed structure; it needed making expertise, clear progression, whilst maintaining the excellent standards synonymous with Rowden. It was an almost impossible task. David firstly worked with outstanding maker Nick Chandler. Nick was hugely influential in bringing to life, the forms that David put to paper and took some responsibility for training students. After a time, he brought in cabinetmaker and Guild Mark winning master craftsman Daren Millman. From here, the training was revolutionised.

Daren was to be the principal tutor to these aspiring woodworkers; to push them harder, make them faster and expose them to a broader array of advanced techniques and skills. He was also the principal maker for pieces leaving Rowden Atelier. David continued to design for commissions and speculatively, whilst providing an insight into his process, to students.

As the curriculum developed, David managed to bring an award-winning designer/maker Ed Wild to Rowden, along with Jon Greenwood and others he felt embodied the necessary values. All underpinned the growth of the workshop and its student body. Each moved forward the scope of the woodworkers training at Rowden, themselves exploring their creative ideas in wood. 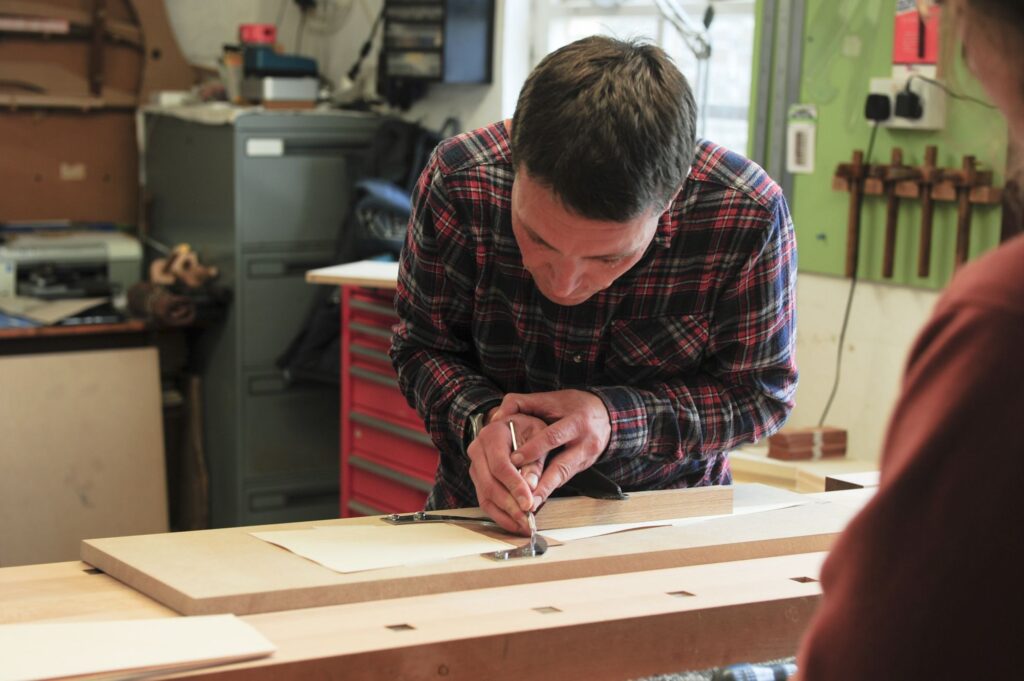 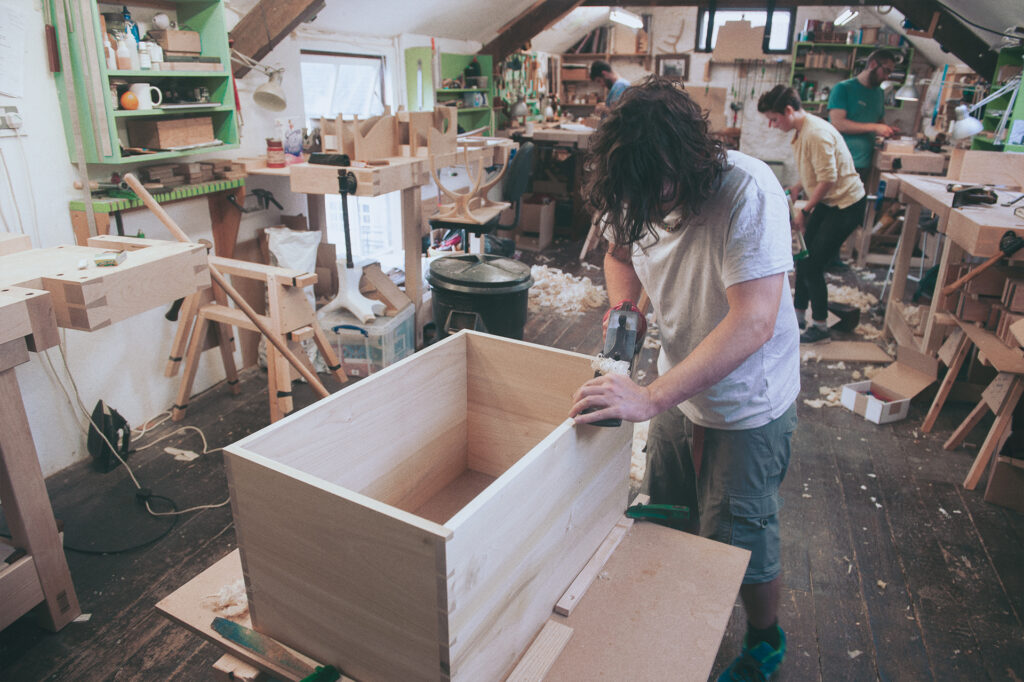 Rowden Atelier continues as a world-renowned fine furniture school and a bastion of the Arts & Crafts movement. The courses at Rowden have been honed over the preceding decades to challenge and empower its students, moving them from aspiring woodworkers to professional craftspeople.

It continues to be a place of deep work, with attention given to furniture design, making and its students becoming cabinetmakers of the highest quality. You can find more information about Rowden Atelier on their website. 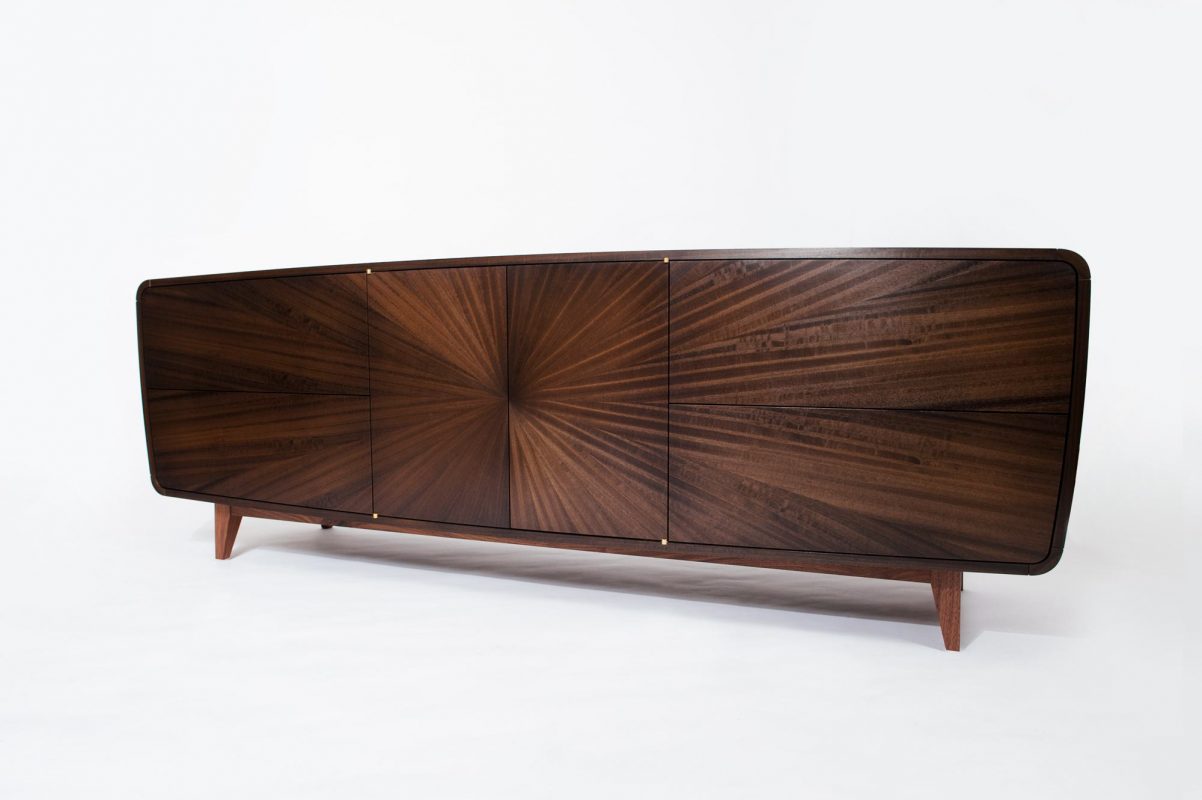