The business of earning a living from it [furniture making] is rather vague, and you have to explain to people that will continue

Furniture designer and maker Jere Osgood was born in 1936 in Staten Island, New York to a Industrial Traffic Manager Father and a Pharmacist Mother. As a child in a very “hands on” household he was taught, from an incredibly young age, how to make things, how to use tools and construct objects.

Using his father’s workbench, Jere would make his own toys and small boxes. His Grandfather was a stone architect and a hobbyist wood turner, who would tell great stories of buildings such as the Grand Central Station and it was this line of work, architecture, that Jere was to first set his sights on upon leaving school.

It is important to remember that Jere grew up around one of the most architecturally astounding cities, especially in the first half of the 20th Century – New York City was all new skyscrapers, hand painted shop signs, world famous museums and World’s Fairs. 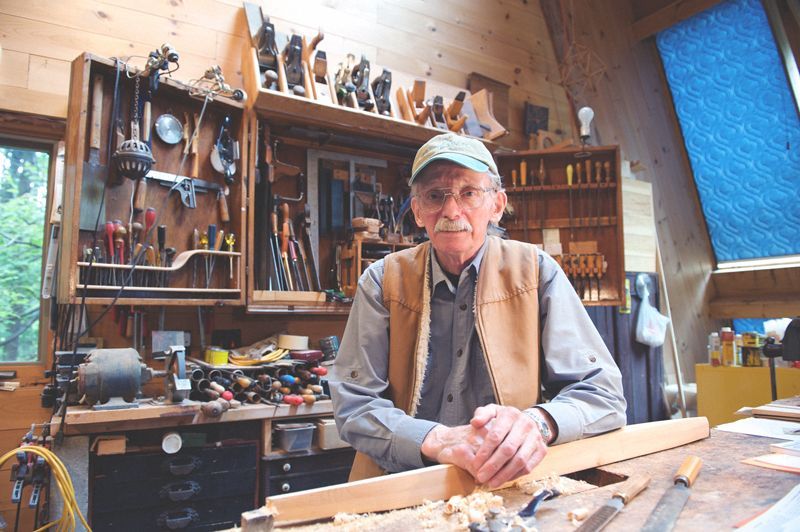 However, during his tenure as an architectural student at The University of Illionois, Jere found that he was far more intrigued and inspired, by the tiny details in the models they would construct of the huge buildings – the door frames, the handles and the furniture that would eventually fill the buildings, and so in his third year Jere decided to leave that path…

By chance Jere had seen an advertisement for a furniture design and making course at the School of American Craftsmen which he took upon himself to apply for, along with applications for scholarships to help pay for his living. Though he also worked on small items for a store in New York called America House, making a lot of bookends, and then a lot more bookends… and more. This work, making small objects like paper weights and chopping boards went on for around a decade, continuing after Jere finished his course, and it was this work that helped him to build up his workshop and establish himself. 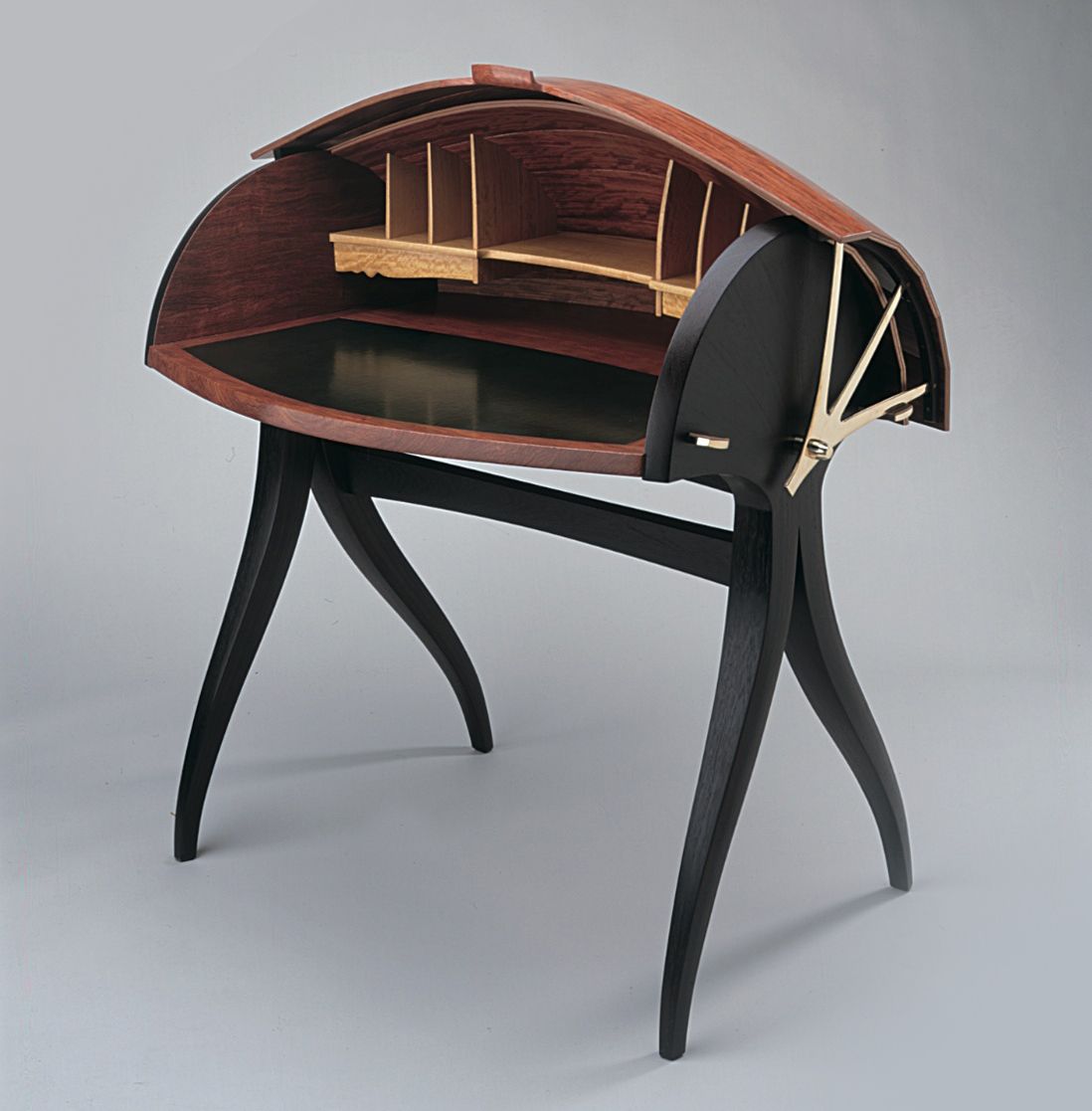 I would say that it is important that if you have ideas for furniture, it is important that you have a place to work, a workshop, so however you can get that workshop together and keep it together doesn’t seem to matter — if you make cutting boards, or bookends, or graduate to small tables that’s what will happen — that would be my advice

At the School of American Craftsmen Jere was taught by the world renowned Danish furniture designer and maker Tage Frid, whose seminal books are now synonymous with learning to work with wood, to make furniture. Though they initially didn’t get along, this tutoring was incredibly important for Jere, as he learned a great deal. As well as Tage there was another tutor, Michael Harmes, whom was easier for Jere to work with, who was constantly challenging him, and complemented Tage perfectly.

After leaving the School of American Craftsmen Jere spent a year in Denmark, visiting as many workshops and design studios as possible. He points out that the system in Denmark was totally different to the system in America. There, in Denmark, they had two halves of the process – the furniture designers and the furniture makers, there was only one studio furniture maker that Jere was able to find in Denmark at that time, Peder Moos, and he was actually thrown out of the guild of craftsmen because of it. 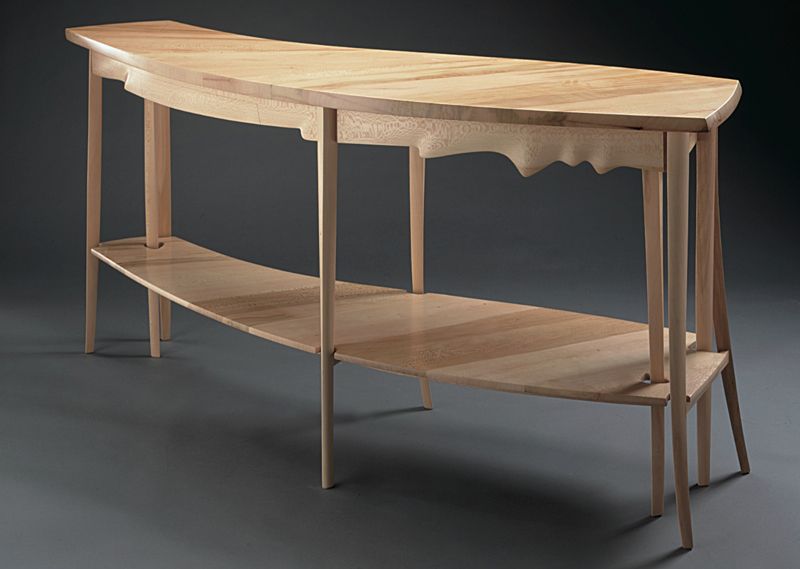 When Jere returned to the United States he continued his work making bookends and other small pieces as well as slowly building up his reputation as a furniture maker by including small pieces in exhibitions – which he knew of due to his now firmly established connections in the New York scene (through his work in the shop). Making enough money to buy himself a small disused creamery about 80 miles outside of the city in Connecticut. Slowly but surely he set up his own workshop, and was able to stop selling the smaller accessories – initially trying to simply up his price from $16 to over $30 for a pair of bookends, but at first this didn’t deter the customers – eventually able to move on from those around the early 70s and develop his furniture making repertoire.

Jere has a very sculptural style of design that has slowly evolved through his interest in organic forms, especially influenced by plant roots forms, water in motion, such as streams and the flow and motion of the wind, shells, and animal forms. Each piece somewhat of an evolution of others, this is what Jere describes as being his way of working; slowly and purposefully. 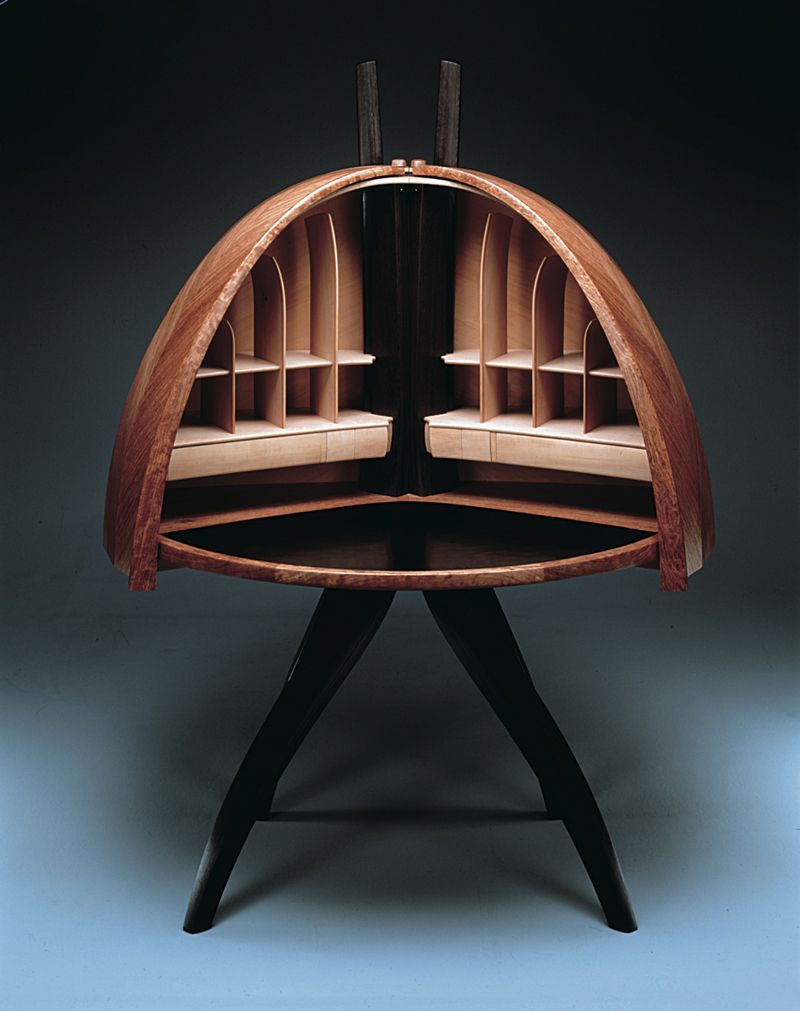 His process begins with sketches and note taking, this then evolves into making scale models and eventually full size mock ups from pine and cardboard. This is to ensure that he can see how the piece will look and be seen — to convey the act of viewing a large table in a tiny model is impossible — one must enact the turns of the head that is required to take in a large object. From there he then beings to use a laminating process, one which he developed as a way to strengthen the curves in the legs of his pieces.

In conjunction with making, Jere also worked as a teacher at the University of Boston, influencing and training a generation of American furniture designer makers such as Thomas Hucker and Mcihael Hurwitz. He has also taught in various other schools across the United States; Penland, Haystack and Arrowmont. The achievements of students of Jere are testament to the skills they learned with Jere, and cement him as a profoundly important figure in American Crafts, woodworking, and furniture making history.

Read more articles about some of our favourite furniture designers